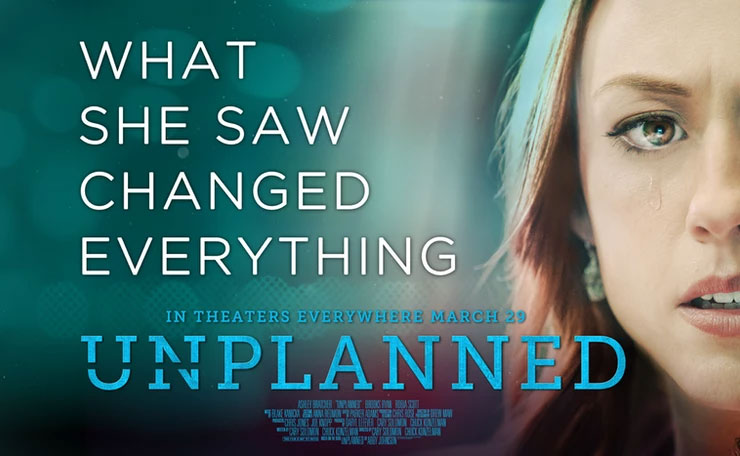 Please go and see and support this movie!

Unplanned is being made by the creators of Christian hits such as God’s Not Dead and I Can Only Imagine, in partnership with 40 Days for Life and Abby Johnson’s And Then There Were None. It tells the real-life story of Johnson, a former Planned Parenthood abortion facility director who converted to the pro-life cause in 2009. Johnson has exposed numerous details about the inner workings of the abortion industry and now works as a pro-life activist and commentator. The movie as been rated “R” by the MPAA for “some disturbing/bloody images,”. Johnson released an open letter addressed to parents making clear the film contained no profanity, nudity, or sex, assuring them that the film’s tone runs the full range between laughter and tears, and detailing the specific scenes so they can decide for themselves whether to let their children see them.